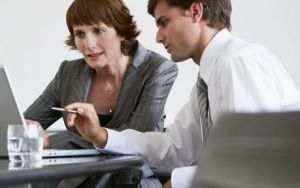 As leaders, we continuously assess and reassess our goals. If we don’t, the goals that made sense last year, last quarter, or last week, could no longer be relevant in the same way, or at the very minimum, should be taken down a few steps in the line of priorities that you have in front of you and replaced with other development goals that speak to the present or future of your company and career. Imagine the twinge of regret felt by Montgomery Ward and Sears when they overlooked small, rural markets. Now all of those markets are home to at least one Walmart store.

According to one contributor in a recent Forbes article, “Airlines that were once great, such as Eastern, TWA and Pan Am, no longer exist. Conversely, while those airlines declined, Southwest Airlines chose to serve markets that had not been served by the traditional carriers, standardizing their aircraft, keeping fares low and creating a highly committed workforce.  This allowed it to be consistently profitable and acquire its largest competitor on its path to becoming a major industry player.”

We tend to work on our weaknesses, right? Think back to school, when you had to give extra study time to subjects that you had no natural proclivity toward. The same is generally still true now, with respect to becoming a well-rounded, competent, productive leader who is helping his or her employees become more accountable and productive, too. Identifying and working on weaknesses does help improve personal effectiveness and professional presence, and overall competence. But the dirty little secret is that concentrating on strengths can bear two- to three-times the results!

Leadership and employee development programs that provide a balance of learning where challenges need to faced and honing current competencies will result in a much higher return in the workplace. Essentially, “Focusing on weaknesses will help leaders to be “less bad” in the same way clinical psychology has helped people to be less mentally ill. But no matter how hard you work on curing a weakness it will seldom make the level of impact you could achieve by honing a strength.Making weaknesses “less bad” makes for mediocre leaders. But our research shows that focusing on even a small number of signature strengths can produce extraordinary success. These are the goals that make the most dramatic and positive impact on the people around you.”*

At EDSI, our hallmark programs, Professional Presence in a Casual World (PPCW), Communicating to Manage Performance (CMP), and Increasing Personal Effectiveness (IPC) have their foundation in increasing self-awareness of current skillsets and areas that may be challenges. Each program is a balance of both improvement on current strengths and identifying new areas that need to be improved. We also help people gain an understanding of how to take others’ skillsets and communication styles into account, resulting in improved problem solving, increased effectiveness, higher productivity–and ultimately–improved profits and growth for the organization.

At EDSI, we have been resolving employee development, leadership, generational, professional presence, and personal effectiveness issues for over 30 years. Contact us to learn how we can help increase productivity and profits in your organization. 800-282-3374 www.employeedevelopmentsystems.com