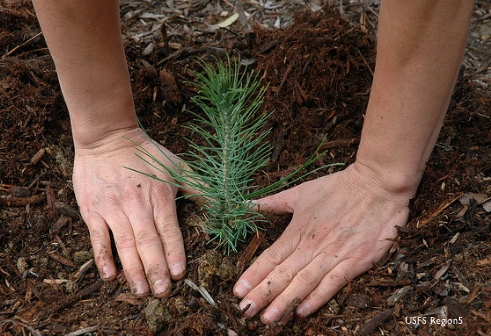 Being personally effective, that is, successfully accomplishing what we set out to do is very satisfying. At the end of a work day it is pleasant to tick tasks off our lists. In mid-summer it’s satisfying to pick tomatoes from the garden that we tilled, and weeded, and watered. Accomplishments are a source of pride and fulfillment.

First, comes the goal, that list of tasks is actually a list of goals that you set for yourself. Those tomatoes are the fruit of your goal to have a garden this year. You probably broke that somewhat complex project down into the simpler tasks of tilling and amending the soil, deciding what to plant, buying seeds or seedlings, and so forth. It’s likely you set some deadlines for yourself so that the plot would be ready to plant once the weather was warm enough for the seedlings.

If used with care, goal setting, whether for yourself or for your team, is a powerful motivational tool. The pioneering goal-setting researcher Edwin A. Locke found that people were significantly more likely to successfully complete tasks if their goals were both specific and difficult rather than vague or easy. In later studies conducted and published with Gary Latham, Locke found that people who were active participants in setting goals and who received regular feedback were more likely to succeed.

So how do these research findings fit with S.M.A.R.T. goal-setting? Let’s look at what each letter of the acronym represents.

The S is used most often to remind us that goals need to be specific. Asking a person to be more careful when writing email is much less effective than asking them to reread and spell check each email before hitting the send button.

M is for measurable. A directive to cut overhead expenses by 20% gives a manager a clear target—a yardstick with which to measure success. The manager’s measurable progress toward that 20% goal provides him with a kind of automatic feedback, an important element of successfully reaching goals.

A goal must be achievable. If it seems impossible, the person challenged will lose heart before trying. But neither should achievable be construed to mean easy. People rise to challenges and measure the value of their success by the degree of difficulty they overcome to succeed. Remembering Locke’s research citing difficulty as a strong motivator, ambitious is another term that can be represented by the A.

The A should also remind you that an ambitious project that is complex enough to be overwhelming must be broken down into smaller specific achievable goals.

R stands or realistic or relevant. Locke and Latham found that people who were able to participate in the actual setting of goals were more committed to a project’s success. Participation requires visualizing the end result and clarifies the relevancy of each step toward that result. Involving team members in the planning process of a project adds their expertise in setting realistic goals and time-frames, while at the same time increasing their commitment.

To be effective, every project, whether personal or for business, is bound by Time. A new spring catalog must be ready before spring arrives. Testing of a new product must be complete before the product launch date. Time not only contributes to the specificity of a goal, but a timeline also acts as feedback in that each project participant is able to see how their contributions fit in to the overall plan and to judge the progress of the project.

Setting S.M.A.R.T. goals for yourself and your team is one element toward increasing your personal effectiveness in your work and also in your personal life. Increasing Your Personal Effectiveness is a skills-based workshop that will enable you to move forward in your career, examine your life choices, and make the necessary changes to become more personally effective.