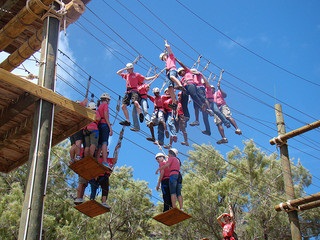 It’s Time to Embrace Your Weaknesses

What are your weaknesses? Are you fundamentally insecure? Perhaps overly competitive? Consider Jeff, a very successful financial manager. He also has an obsessive personality. This leads him to spend every minute of his free time reading articles and abstracts about the companies in which he is considering investing. Jeff’s copious attention and obsessive desire to know everything he can about each company is what has made him into such a star financial manager. In the words of Malcom Jones, Newsweek editor, “The most interesting novels are the ones where (character) flaws and virtues can’t be pulled apart.” This adage rings true for all of us. Carefully consider your weaknesses, and stop avoiding them. Instead, embrace them and find situations in which they will be an invaluable asset. Notice how others begin to view you and your professional presence in new ways.

Next, assert your differences.

In his breakthrough novel, 18 Minutes: Find Your Focus, Master Distraction, and Get the Right Things Done, Author and thought leader Peter Bregman reflects, “Trying to distinguish ourselves by being the same as others, only better, is hard to do and even harder to sustain. There are too many smart, hardworking people out there all trying to excel by being the best at what everyone else is doing. It’s easier to be different.”

You don’t need to leave make extreme decisions to start taking advantage of your differences. So if your difference is your ongoing penchant for freedom, don’t quit your job and start to backpack across Europe. Instead, maximize it in your job by making yourself available more freely, not just during the specified office hours. You will be a champion for the constituents you serve and the pride of your employer.  You see, even within your current position, you can become an expert at one aspect of your job or use your differences to stand out from the crowd of colleagues. Your personal effectiveness will improve in tandem with your decision to assert your differences. 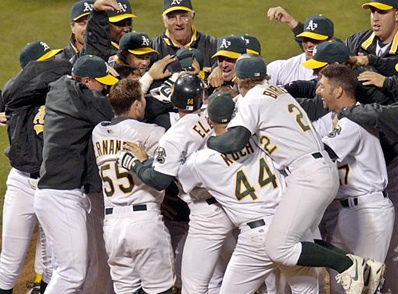 You know you have them. Are you playing the game that perfectly matches your strengths? Take the story of Michael Lewis, the Oakland A’s manager who turned the world of baseball upside down when he decided that his team, which did not have the funds to compete with the biggest teams in the industry, decided to change the criteria that they used to choose star players.

They realized that the number of times a player got on a a base (on-base percentage) combined with the number of bases a player got to each time he came to bat (slugging percentage) was a better predictor of success. Because this was an entirely new way of measuring success, the players in this category were able to be acquired more inexpensively, giving an otherwise average baseball team the ability to go to the World Series. This famous story was shared with the world through the book (and later the movie) Moneyball. It remains a powerful lesson in how to play to your strengths.

Author, Malcom Gladwell, has mentioned the story of David and Goliath more than once to exemplify this point. Imagine that David realized he could never win against a giant, so he shed his heavy armor and played to his own strengths -speed and agility- to win against the giant.

Give yourself the strongest advantage you can, by embracing your weaknesses, asserting your differences and leveraging your strengths. It’s time to play the game that is perfectly suited to your strengths. You will be amazed at what you can accomplish!